KABUL – It will likely rank as one of the more bizarre episodes of his presidency – George W. Bush, surely one of the most protected leaders in history, ducking as two size-10 shoes hurtled in his direction. 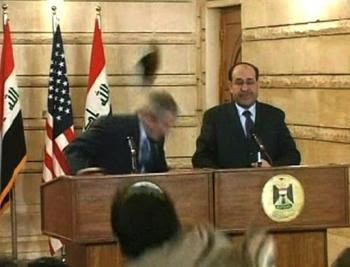 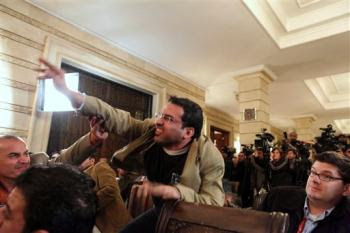 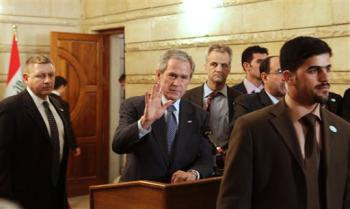 
The US president laughed off the incident during a surprise visit to Iraq, although it highlighted the lingering hostility still felt toward the man who ordered the 2003 invasion of the country.
“I didn’t know what the guy said, but I saw his sole,” Bush quipped later, not the first – and he won’t be the last – to rack up a shoe pun.

The footwear belonged to an Iraqi television journalist, Muntazer al-Zaidi, who jumped up as Bush was holding a press conference with Iraqi Prime Minister Nuri al-Maliki. “It is the farewell kiss, you dog,” he shouted, and threw the shoes before being wrestled to the ground by security guards and frog marched out.

Bush lowered his head and the first shoe hit the American and Iraqi flags behind the two leaders. The second was off target.
Television footage of the incident quickly went round the world.
Soles of shoes are considered the ultimate insult in Arab culture – after Saddam Hussein’s statue was toppled in Baghdad in April 2003, many people beat its face with their soles.
“It doesn’t bother me,” Bush said of the incident.
“If you want the facts, it was a size 10 shoe that he threw.”
He later played down the incident. “I don’t know what the guy’s cause is… I didn’t feel the least bit threatened by it.”

The US leader then flew to Afghanistan, telling reporters en route that it reminded him of an incident in April 2006, when a heckler from the Falungong spiritual movement interrupted a formal arrival ceremony for Chinese President Hu Jintao in the grounds of the White House.
“Look, I mean it was just a bizarre moment,” Bush said, “but I’ve had other bizarre moments in the presidency.

“I remember when Hu Jintao was here. Remember we had the big event? He’s speaking, and all of a sudden I hear this noise, had no earthly idea what was taking place, but it was the Falungong woman screaming at the top of her lungs. It was kind of an odd moment.”
So when the president landed in Kabul for talks and a news conference with his Afghan counterpart Hamid Karzai, the buzz among reporters was whether more footwear would fly.
It didn’t. One Afghan reporter jokingly urged a television colleague to follow suit, “Why don’t you do it here? Come on, do it.”

Many journalists however had not heard or seen of the incident just a few hours earlier.
And while security is always tight at Karzai’s palace, where visitors have to undergo a number of checks, no one’s shoes were examined this time.
Meanwhile Al-Baghdadia, the television channel that employs Zaidi, urged authorities to release him immediately “in line with the democracy and freedom of expression that the American authorities promised the Iraqi people”.

In Cairo, programming director Muzhir al-Khafaji described Zaidi as a “proud Arab and an open-minded man”.
“We fear for his safety,” he added.
Bush, who has strongly defended the 2003 invasion that triggered years of deadly insurgency and sectarian violence that has killed tens of thousands of Iraqis and more than 4,200 US troops, rejected suggestions Zaidi represented the Iraqi people as a whole.
“I don’t think you can take one guy throwing shoes and say, this represents a broad movement in Iraq,” he added. “I don’t think it would be accurate.” 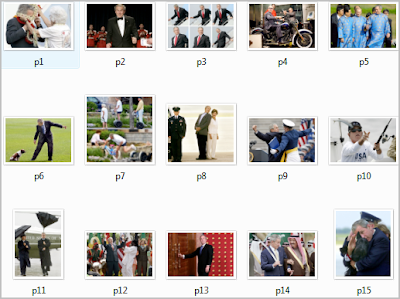 Without making a puddle around the tub, the Ipettie Splash-Free Pet Water Bowl provides fresh w ...