Since the launched of Google Chrome browser nine months ago, the Internet Search Engine Giant- Google once again announces the plan to launch the Google Chrome Operating System, dropping the big bombs on its chief competitor, Microsoft. 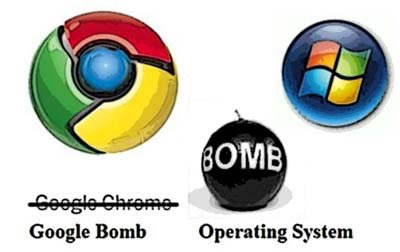 What the heck is Google Chrome OS?

It is a new open source project that separate from Android (its code will be open source, free download by 2010). Its lightweight operating system will be targeted at notebooks (netbooks). By the second half of 2010, it will be available in bundled with notebooks.

The Google Chrome OS will be able to run on both x86 as well as ARM chips, built in a way to protect you from viruses and malware. The performance will be based on security, simplicity, and more importantly speed.

One Response to “Google announces GOOGLE CHROME OS, a BOMB to Microsoft Windows?”