LOS ANGELES – Michael Jackson, the world’s greatest entertainer died at UCLA Medical Center after being stricken at his rented home in the posh Los Angeles neighborhood of Holmby Hills. Paramedics tried to resuscitate him at his home for nearly three-quarters of an hour, then rushed him to the hospital, where doctors continued to work on him. 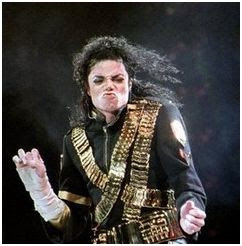 The 50-year-old musical superstar died Thursday, just as he was preparing for what would be a series of 50 concerts starting July 13 at London’s famed 02 arena. Jackson had been spending hours and hours toiling with a team of dancers for a performance he and his fans hoped would restore his tarnished legacy to its proper place in pop.

“It is believed he suffered cardiac arrest in his home. However, the cause of his death is unknown until results of the autopsy are known,” his brother Jermaine said.

Jackson’s death brought a tragic end to a long, bizarre, sometimes farcical decline from his peak in the 1980s, when he was popular music’s premier all-around performer, a uniter of black and white music who shattered the race barrier on MTV, dominated the charts and dazzled even more on stage.